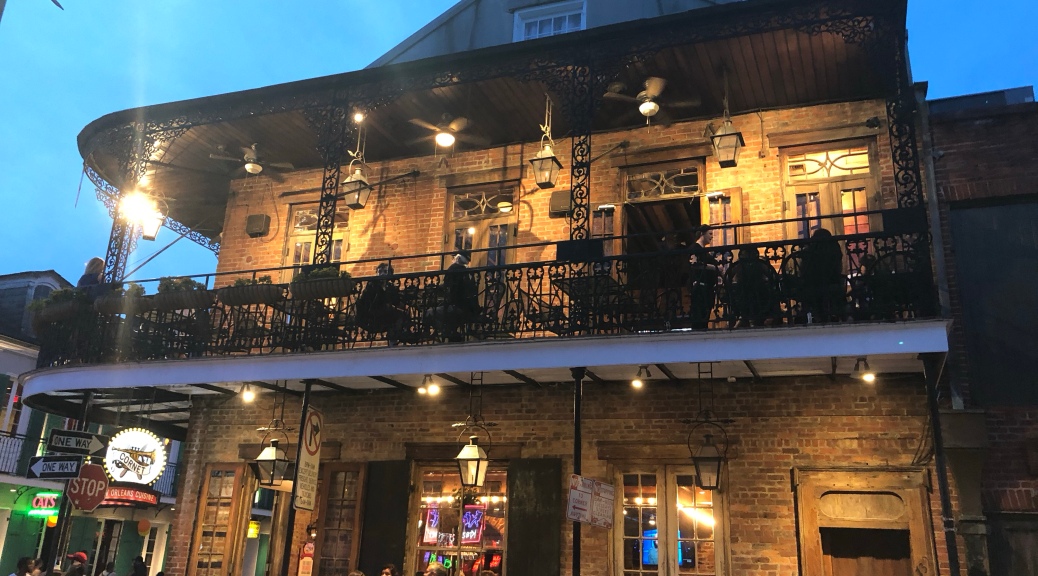 I always wondered whether the “Big Easy” nickname of New Orleans was a cliche. I could easily comprehend the never-ending party scene to exist during the Mardi Gras time, but during the month of June, I thought it would be a little over exploited tourist platitude. But I was proved wrong.

I landed in New Orleans for an offsite meet on the 19th Jun mid-afternoon. I was the first one to arrive and thought of using the quiet afternoon to catch up with the story I was writing for a while. The French quarter style hotel was gorgeous and the weather was pleasant, giving the mind enough fuel to take my story forward. It was around 7:00 PM when I got the call from one of my colleague and we decided to explore the city.

The town was one of the oldest in the United States. 2018 incidentally was the year that marked its 300 years of existence. Spanish and French discovered this place in the spring of 1718 and liked it so much that they decided to settle for good. Soon the sugarcane produce became the crop revolution that history witnessed for the times to come. The architecture of the town was vivid and rich, and it appeared as if the old colonial times had come alive. As I walked down the street I witnessed blend of Greek Revival, Colonial and Victorian Style structures painting the past yore of immemorial history in the richness it possessed. 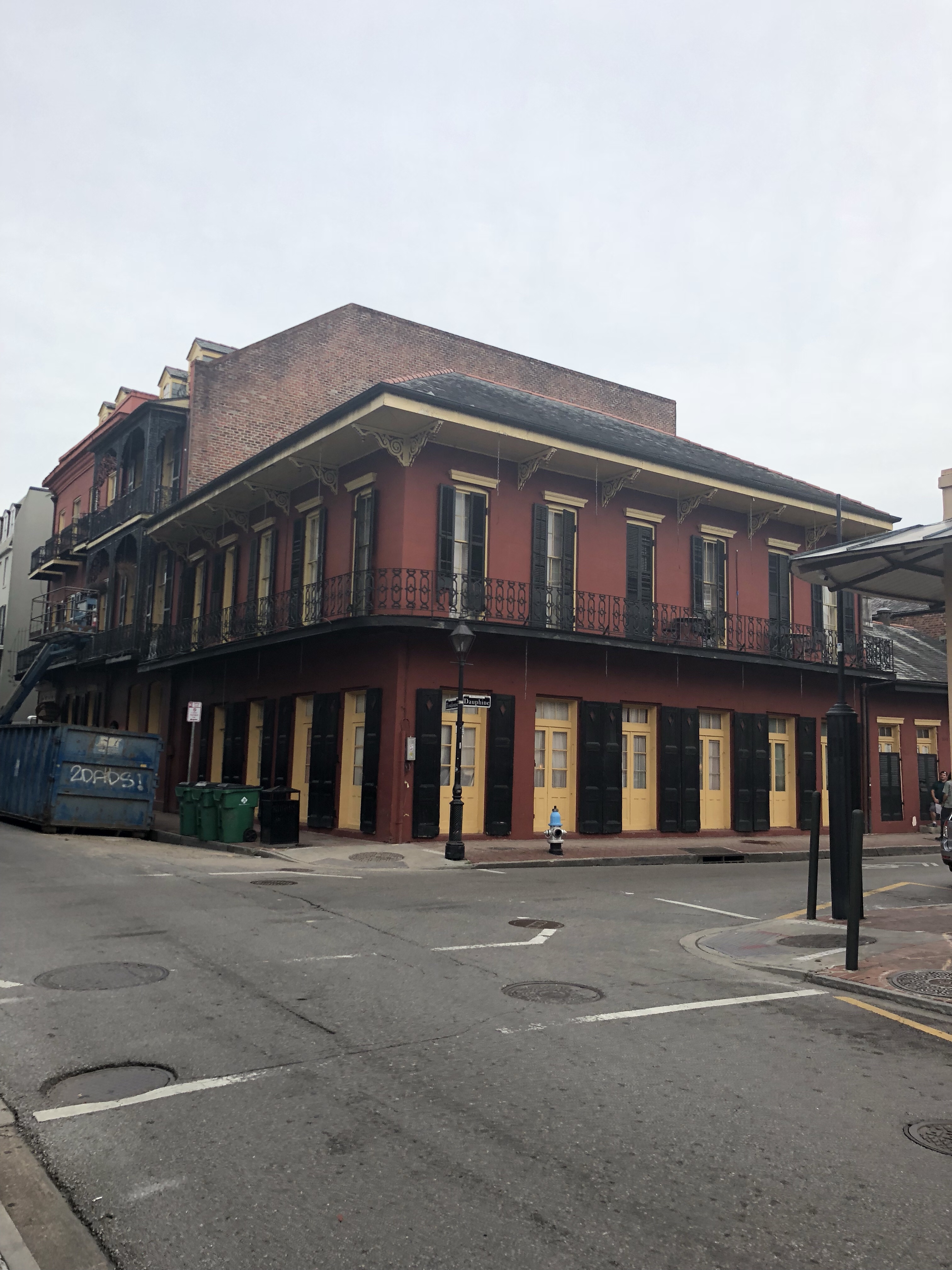 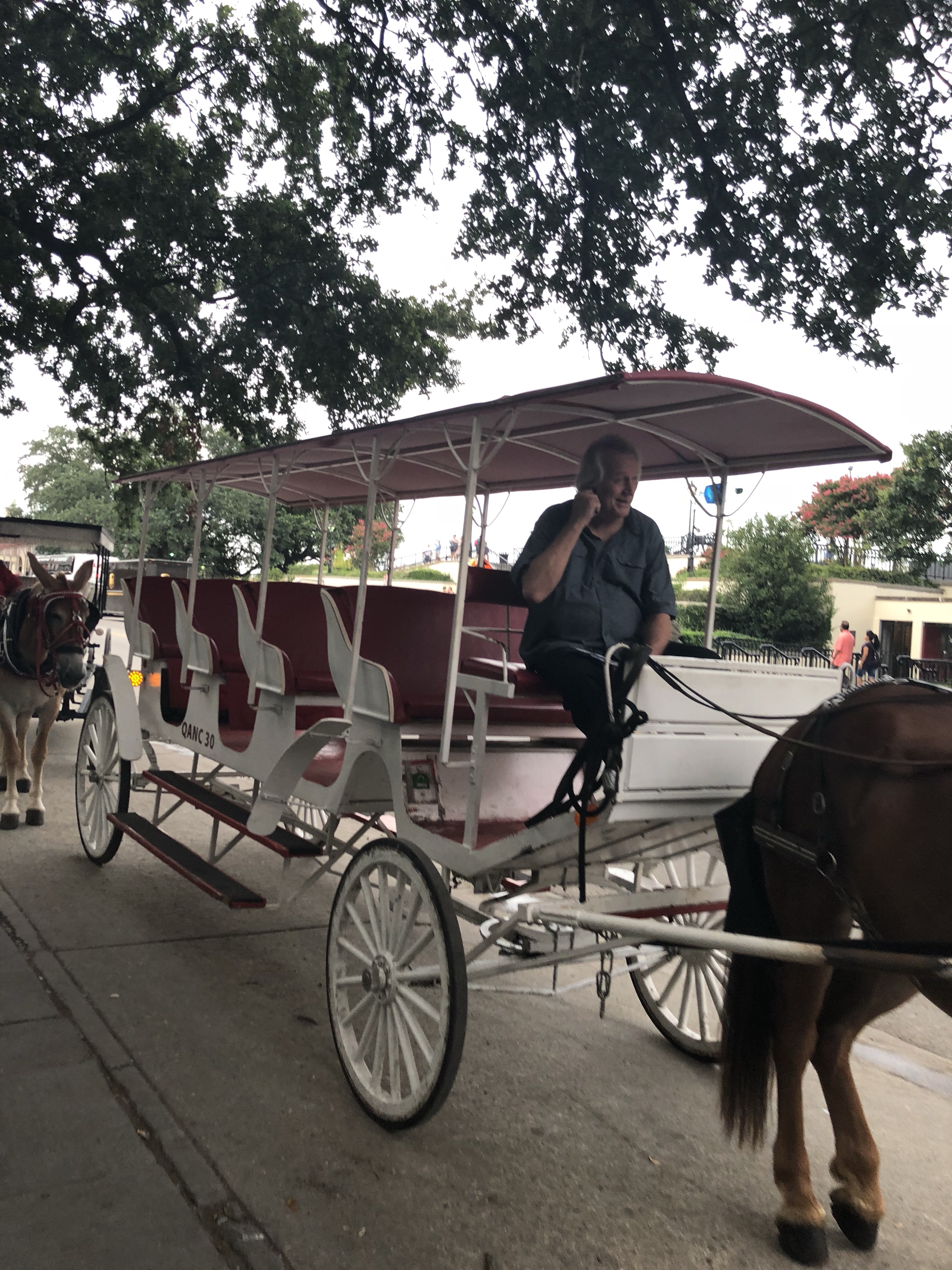 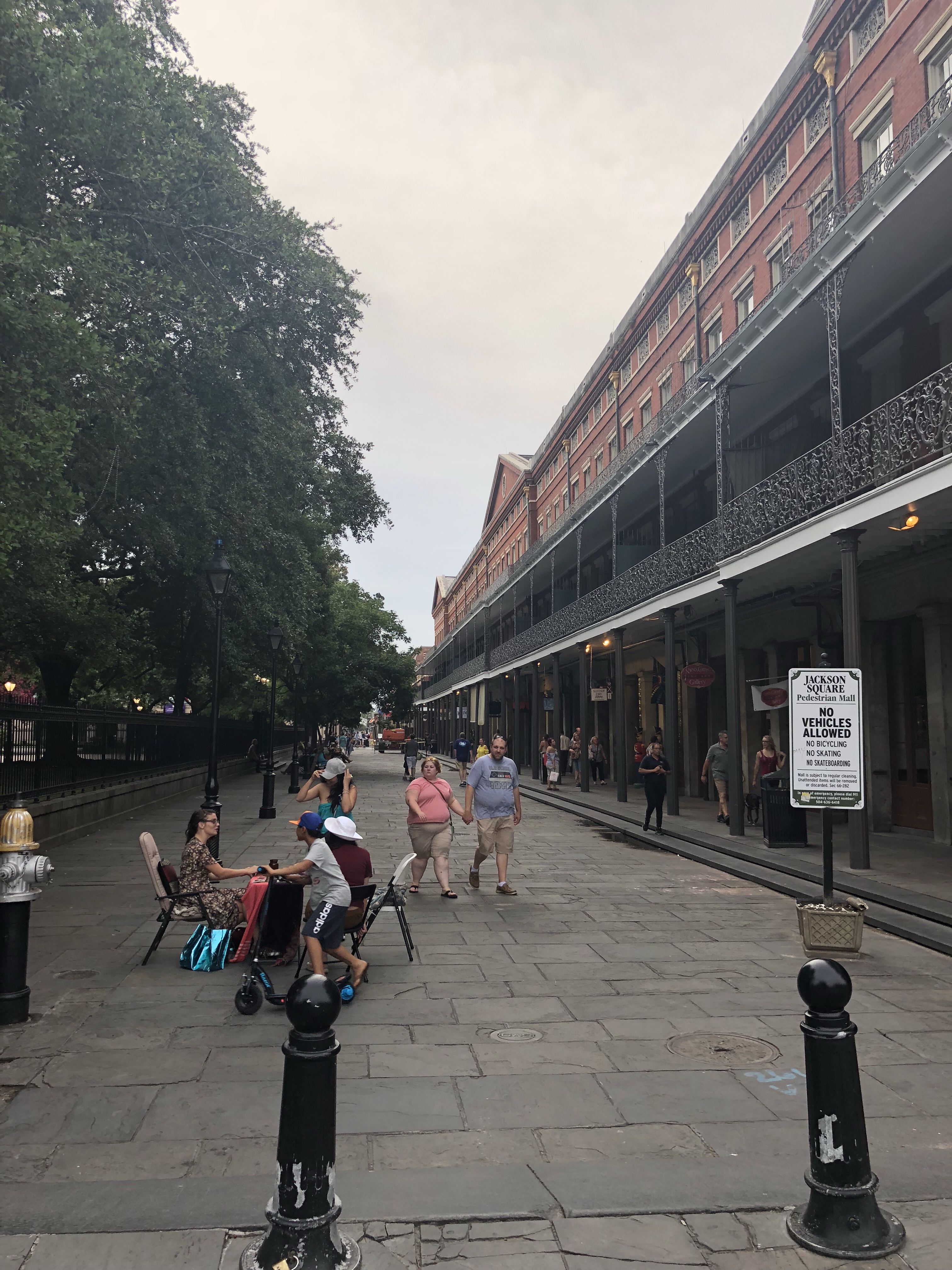 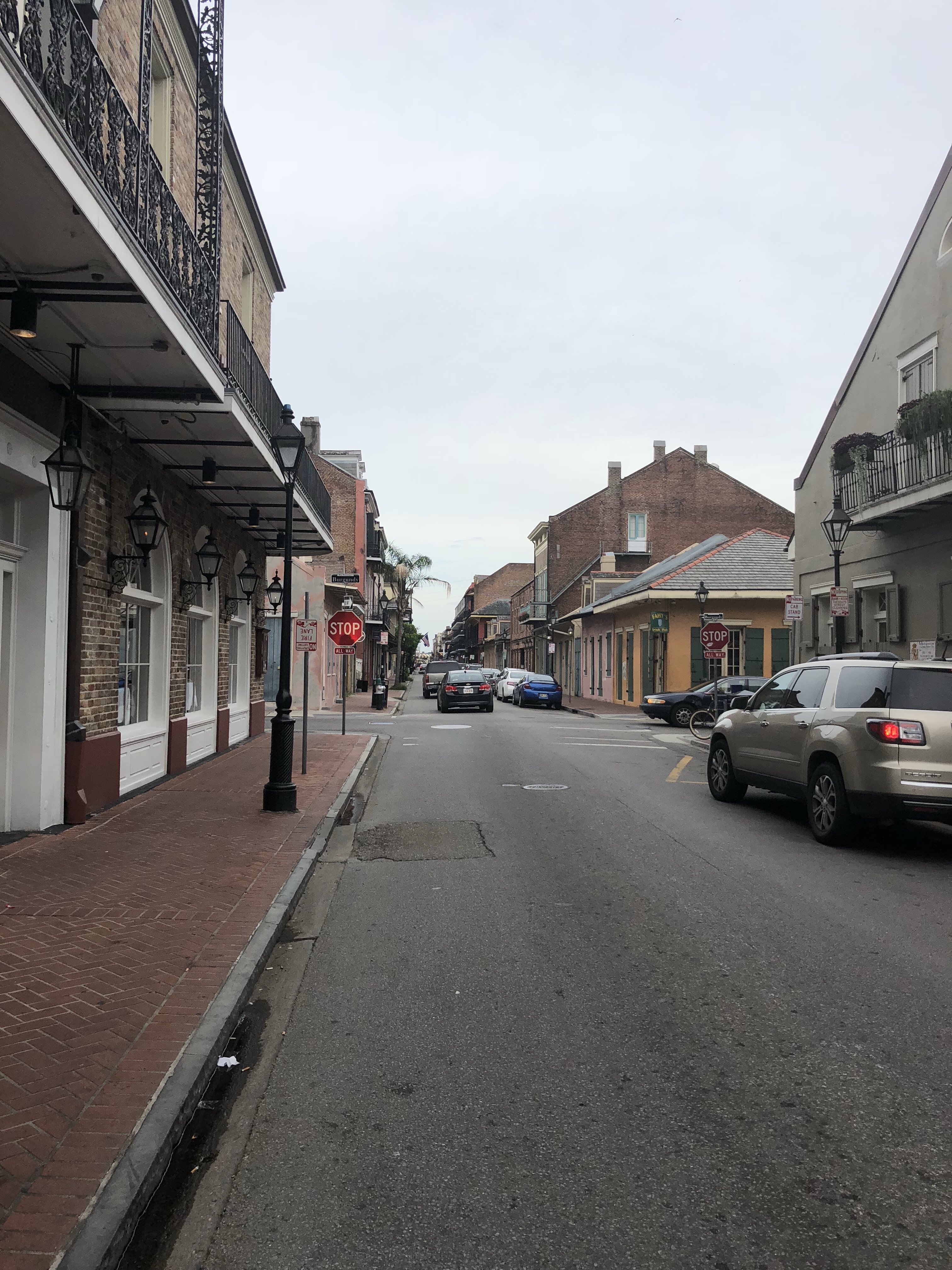 Our first stop was the oldest cafe place in New Orleans, Cafe Du Monde. Established in 1862 in the French market by the bank of the river Mississippi. The coffee shop was a 24-hour place and served dark roasted Coffee and Chicory, Beignets (French style doughnuts covered with powdered sugar). I am not a coffee person but gave company to my friends enjoying the old style setup the shop offered. Soon we stepped over to the other side of the coffee shop to watch the mighty Mississippi River. 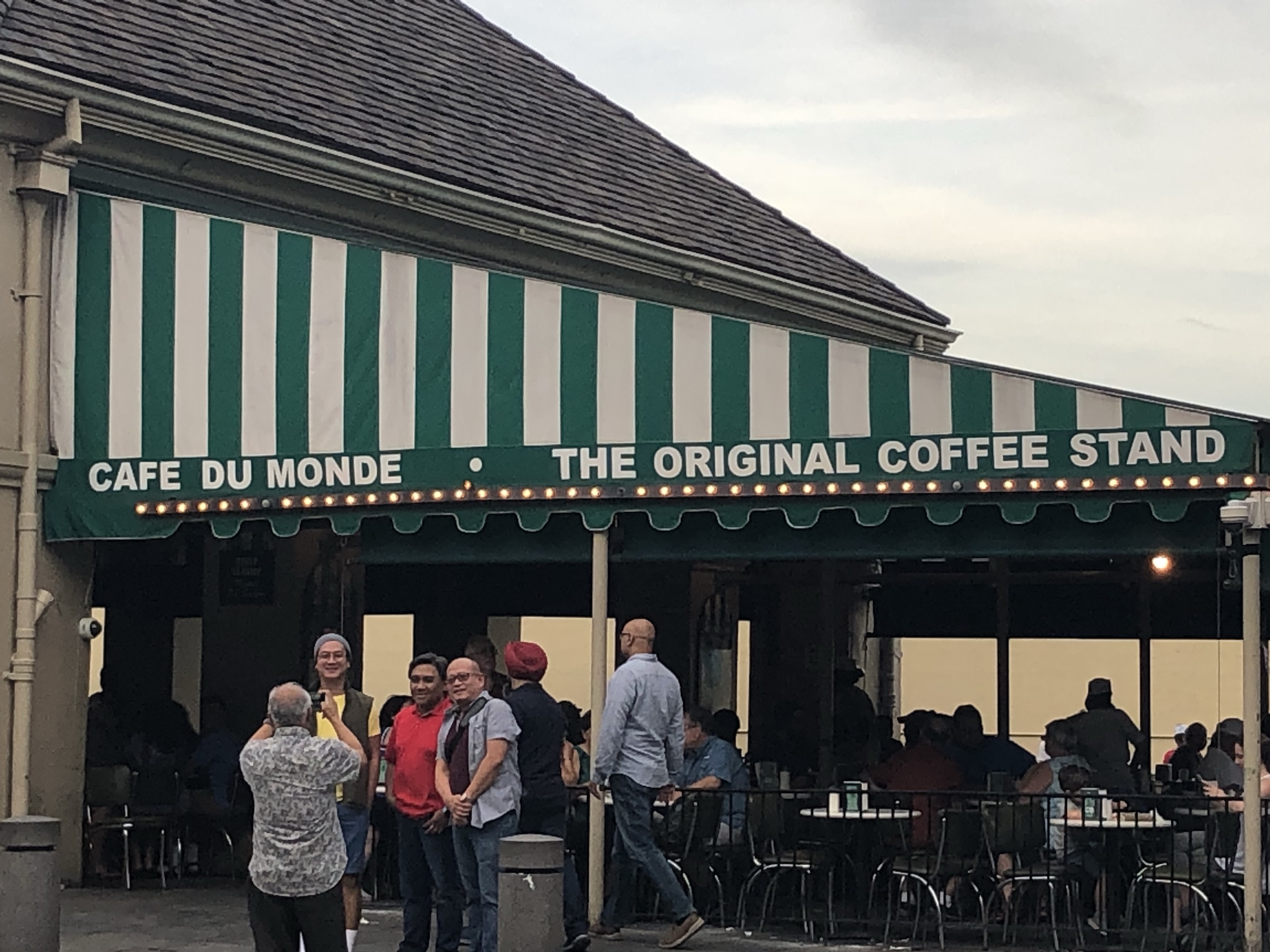 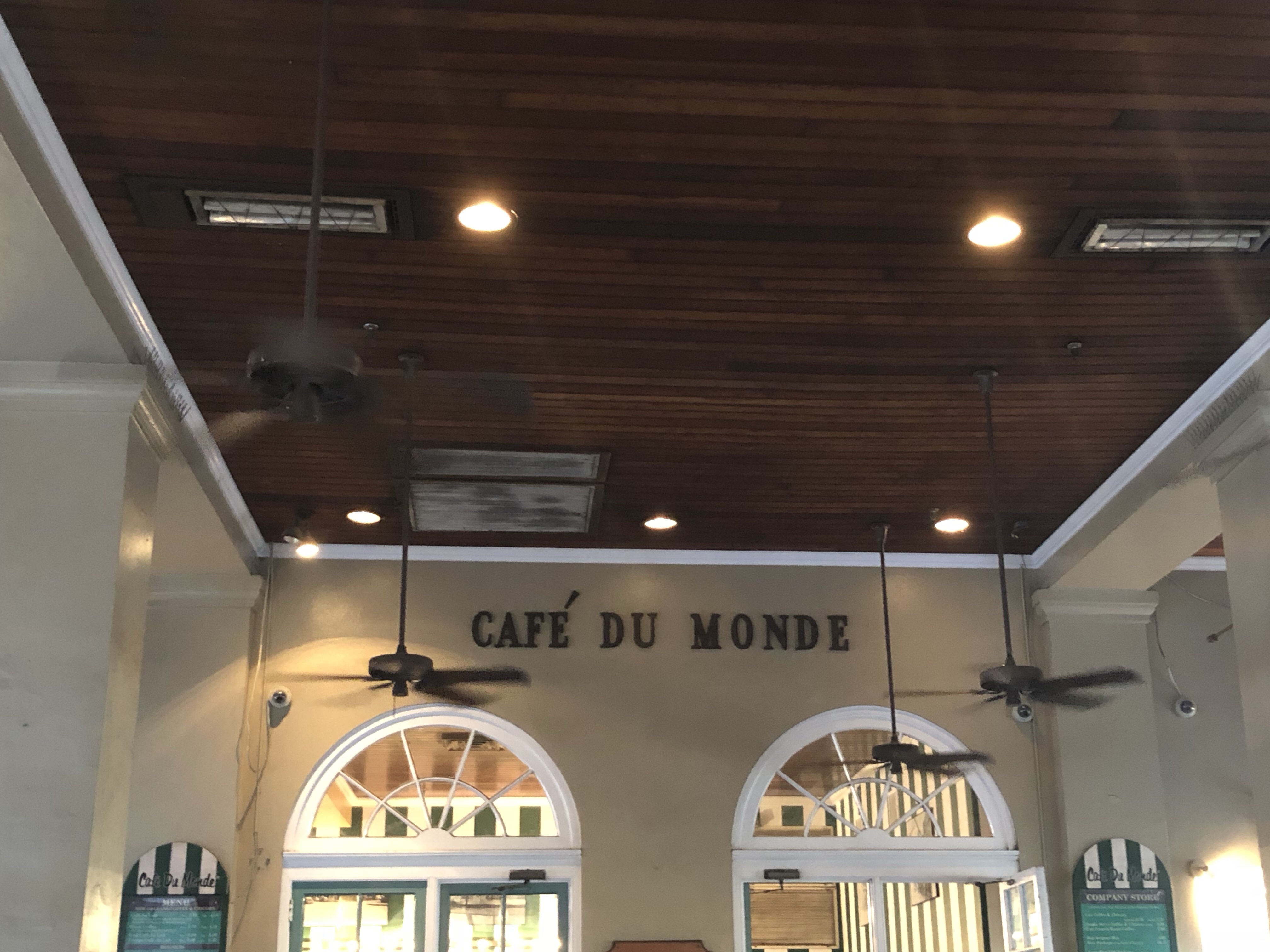 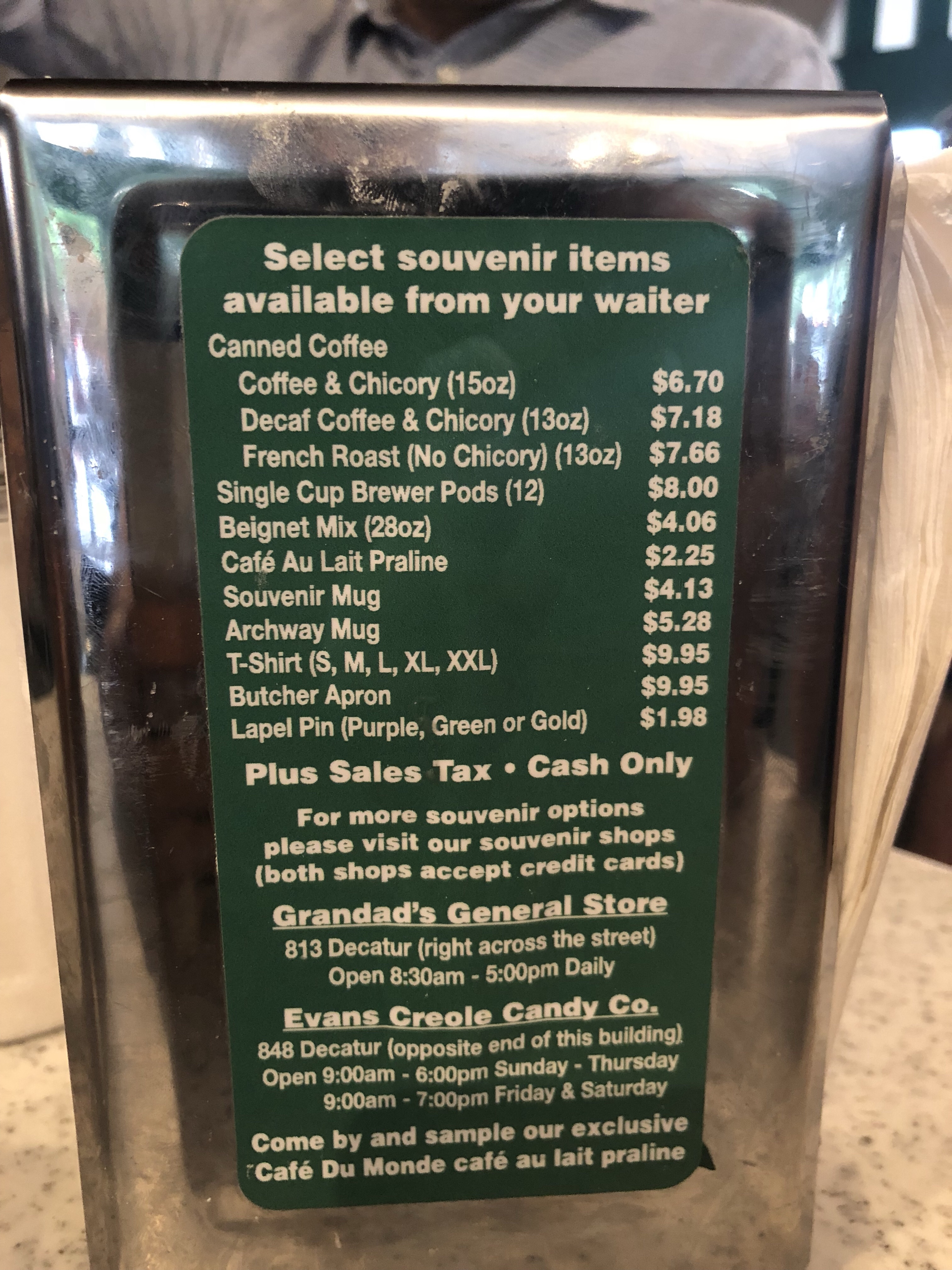 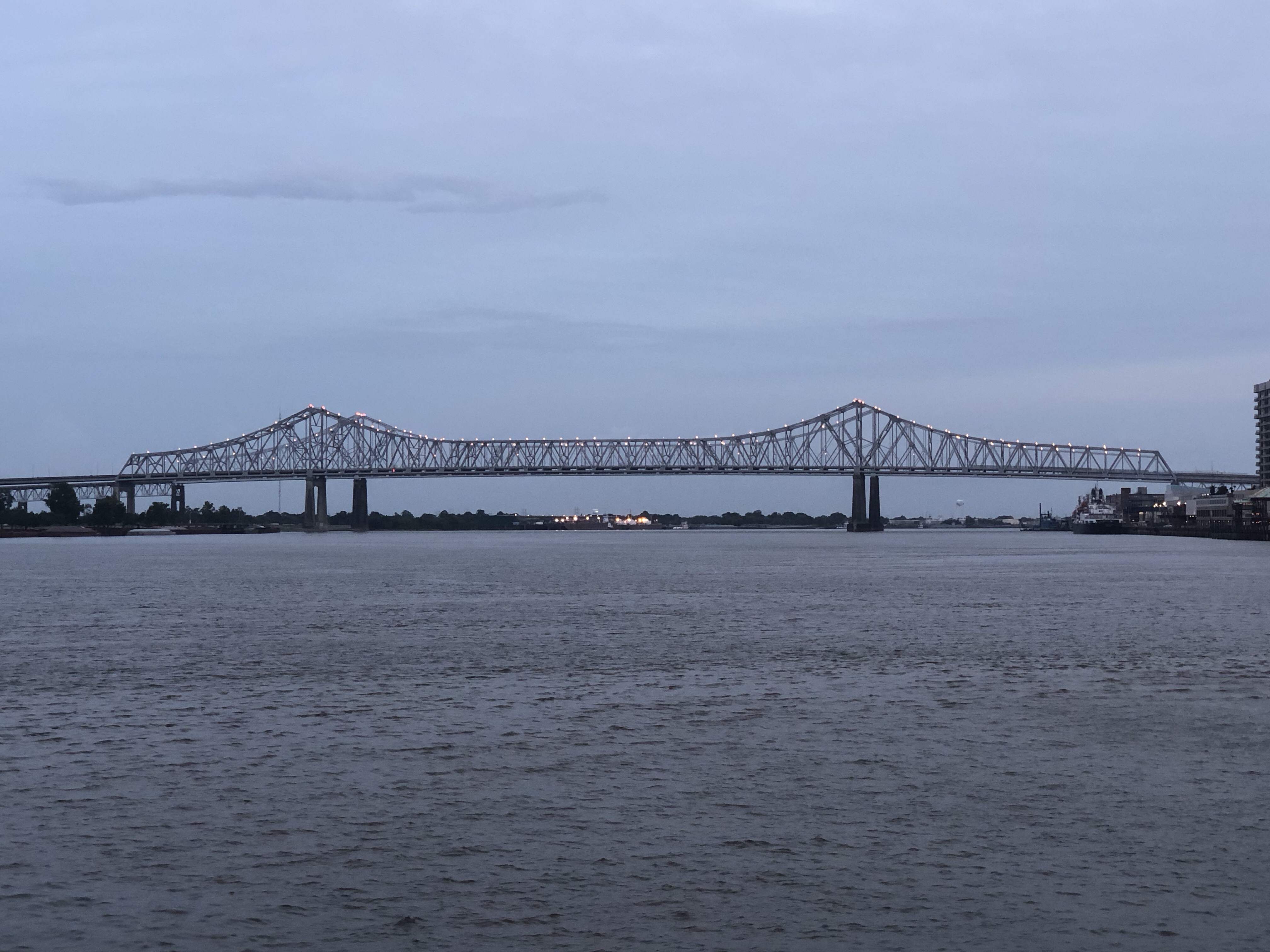 It was dark enough to explore the party city and we took a short walk to the famous French Quarter on the Bourbon Street. The place had many iconic tales, a party place for all occasions and social signature to remember for. The street had many architecture signs of brilliance that dated back to 1798. Most of the bars had live music with Jazz players making the entire area vibrant and lively. We hopped few bars before deciding to visit the oldest bar in the south side of America. The place was called Jean Lafitte’s Blacksmith Shop. It was founded in 1775, by Jean Lafitte who was a pirate, spy and a celebrated hero of the battle of New Orleans. 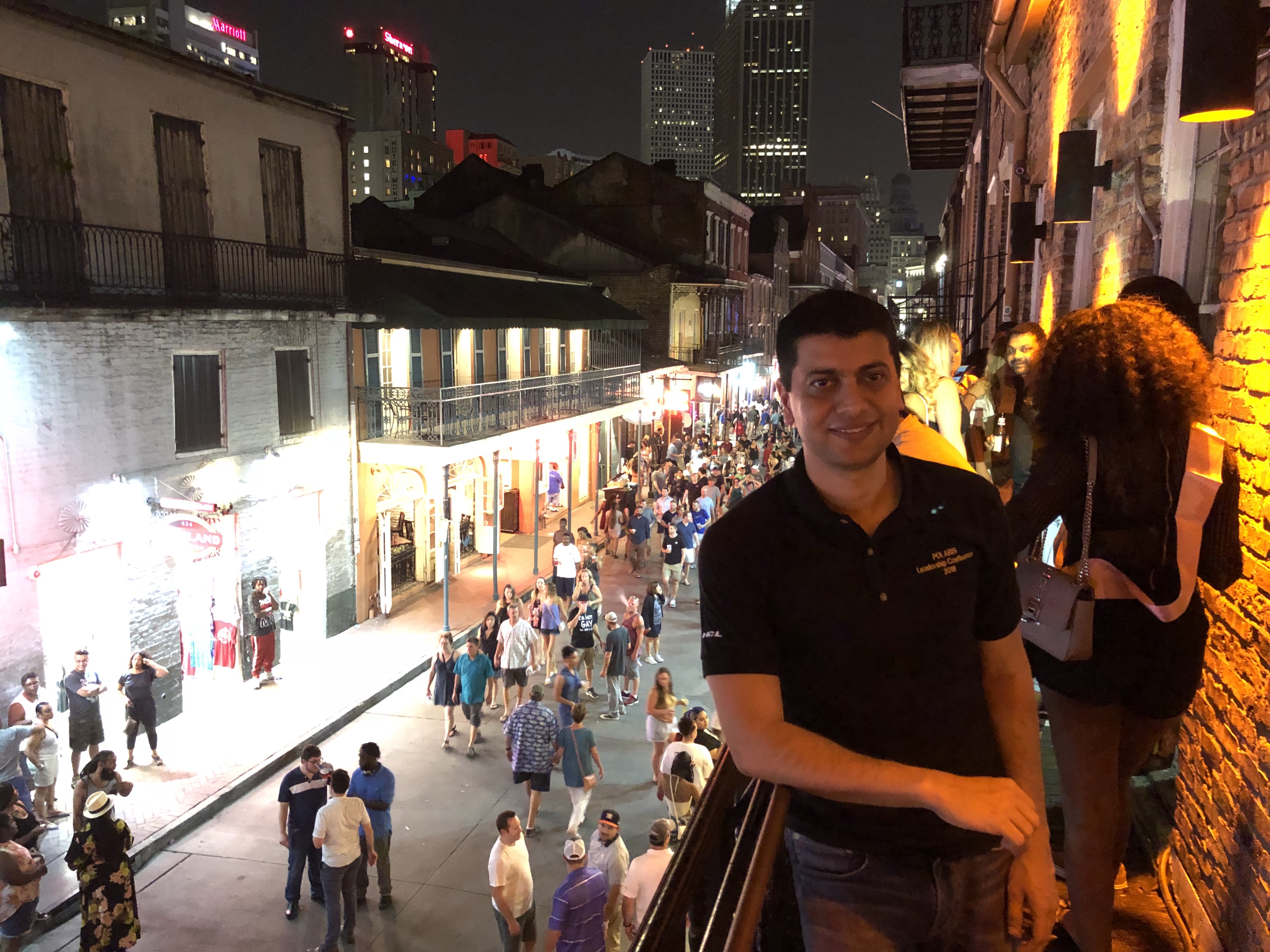 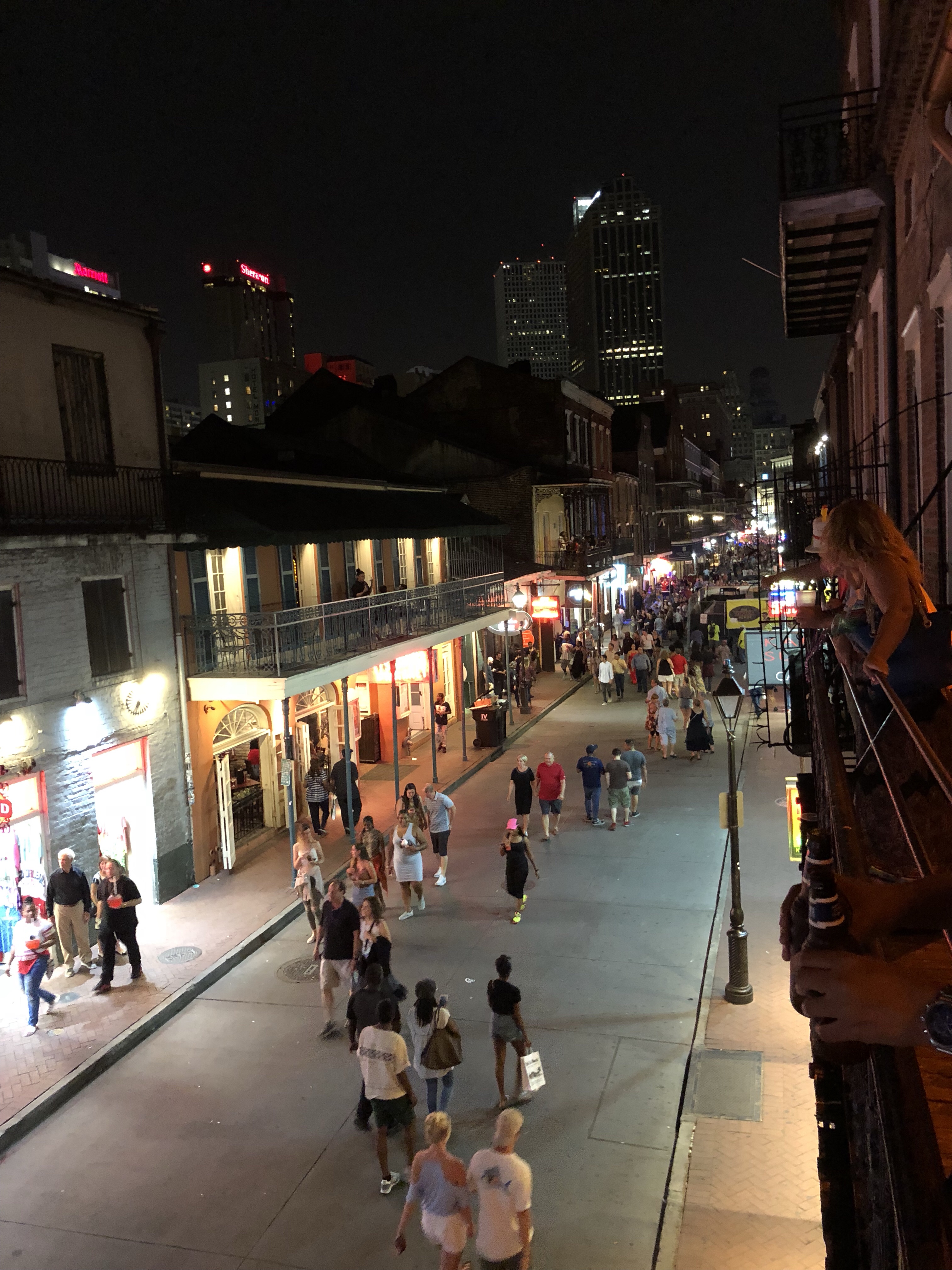 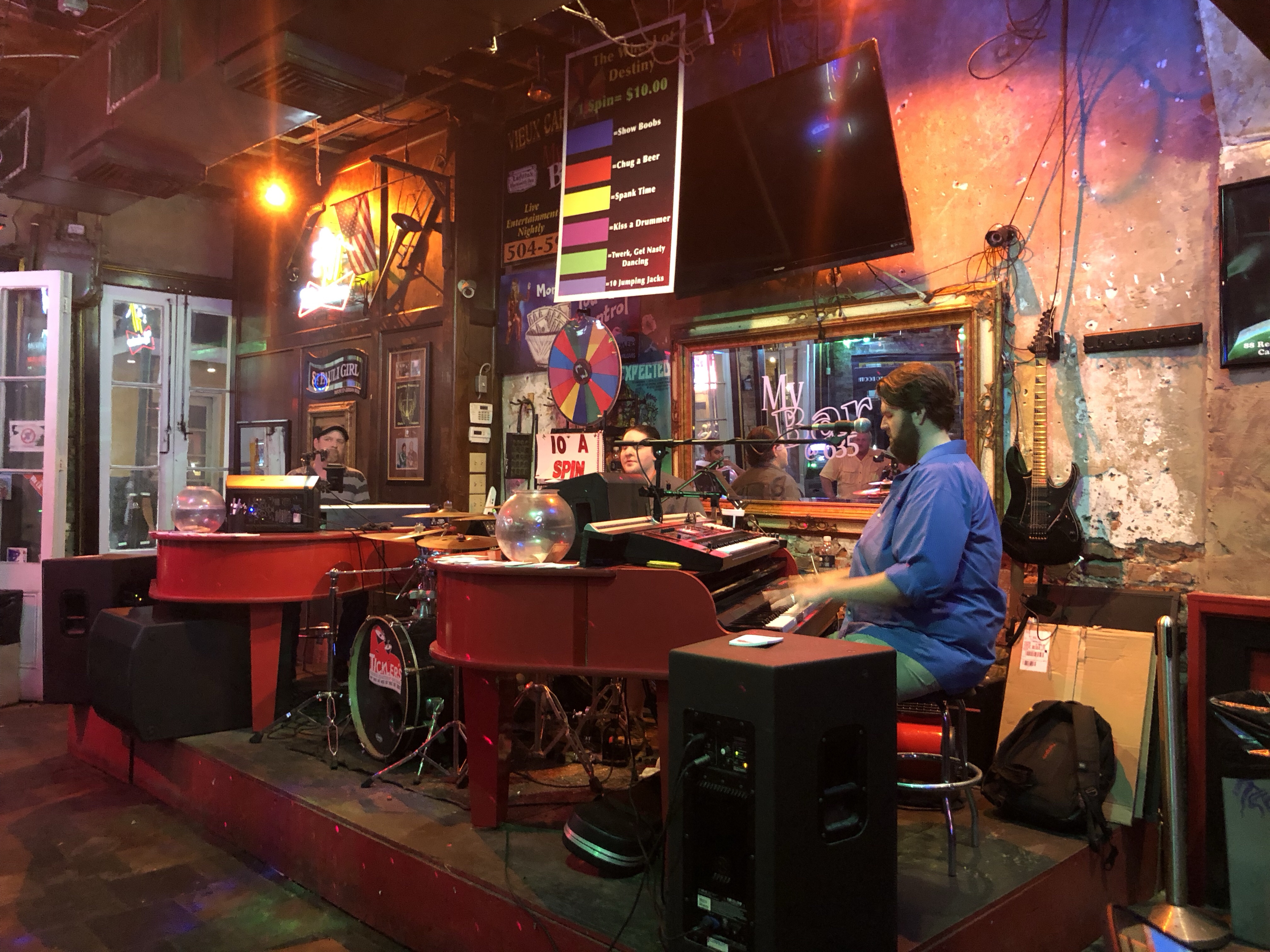 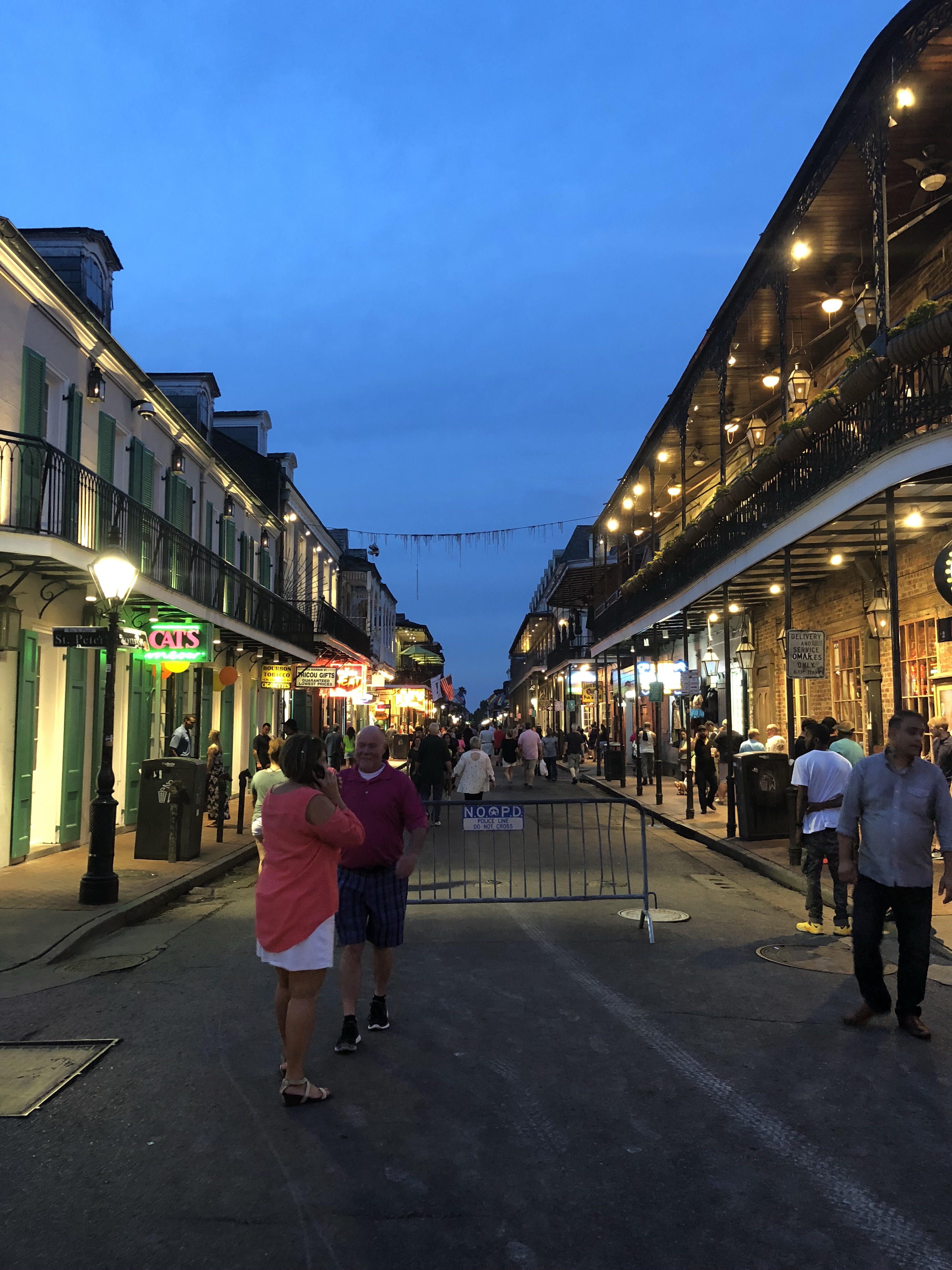 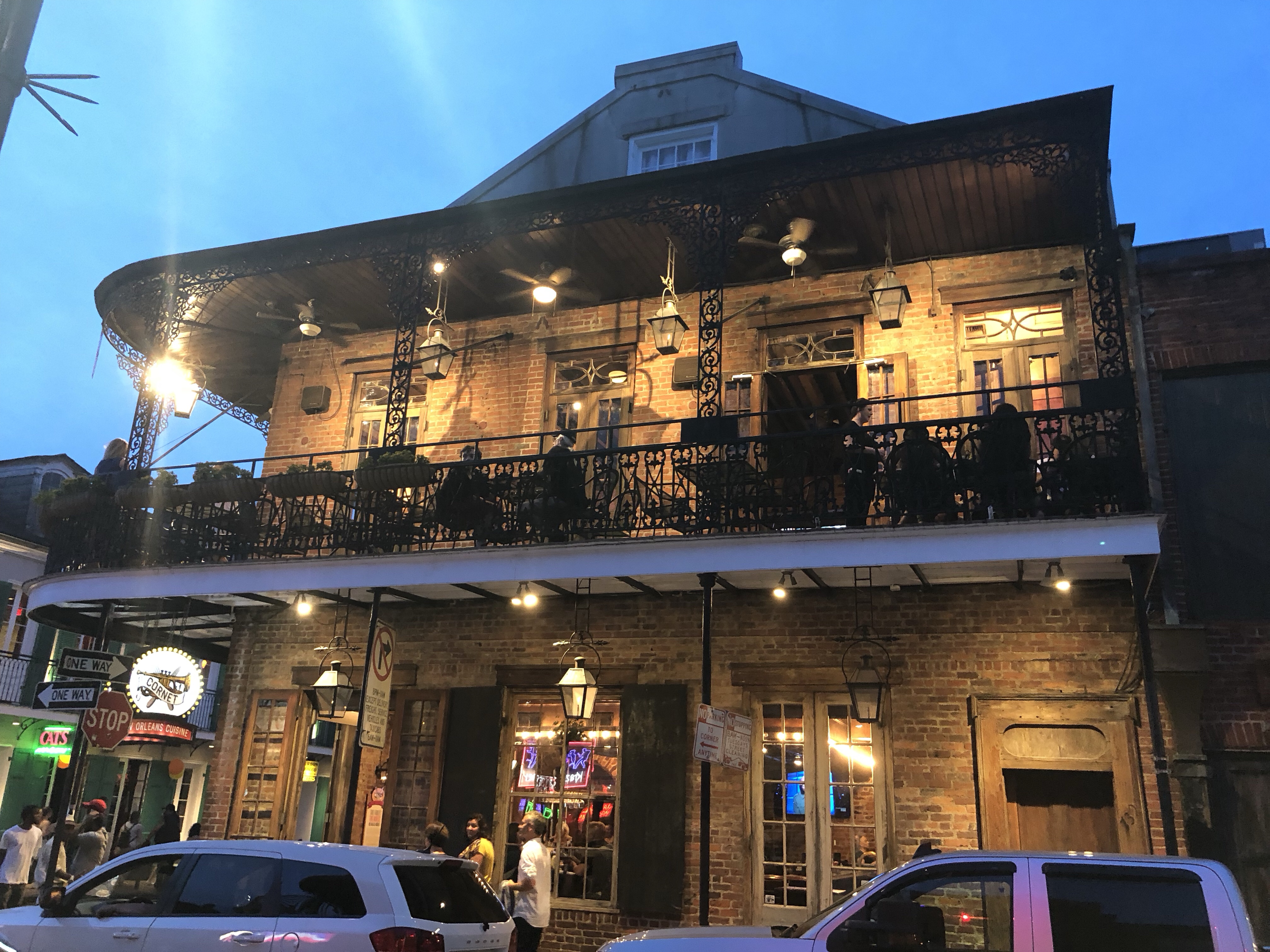 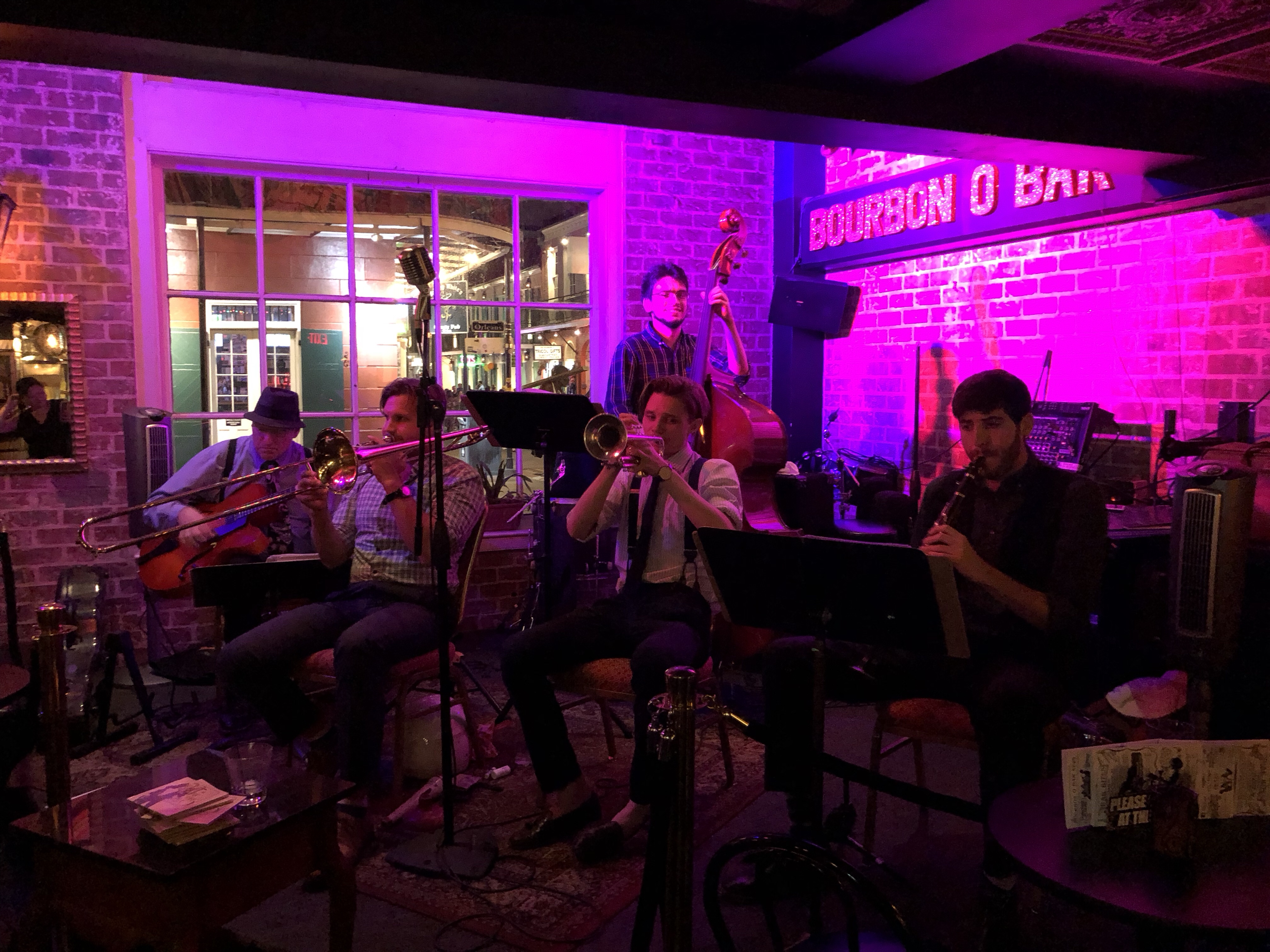 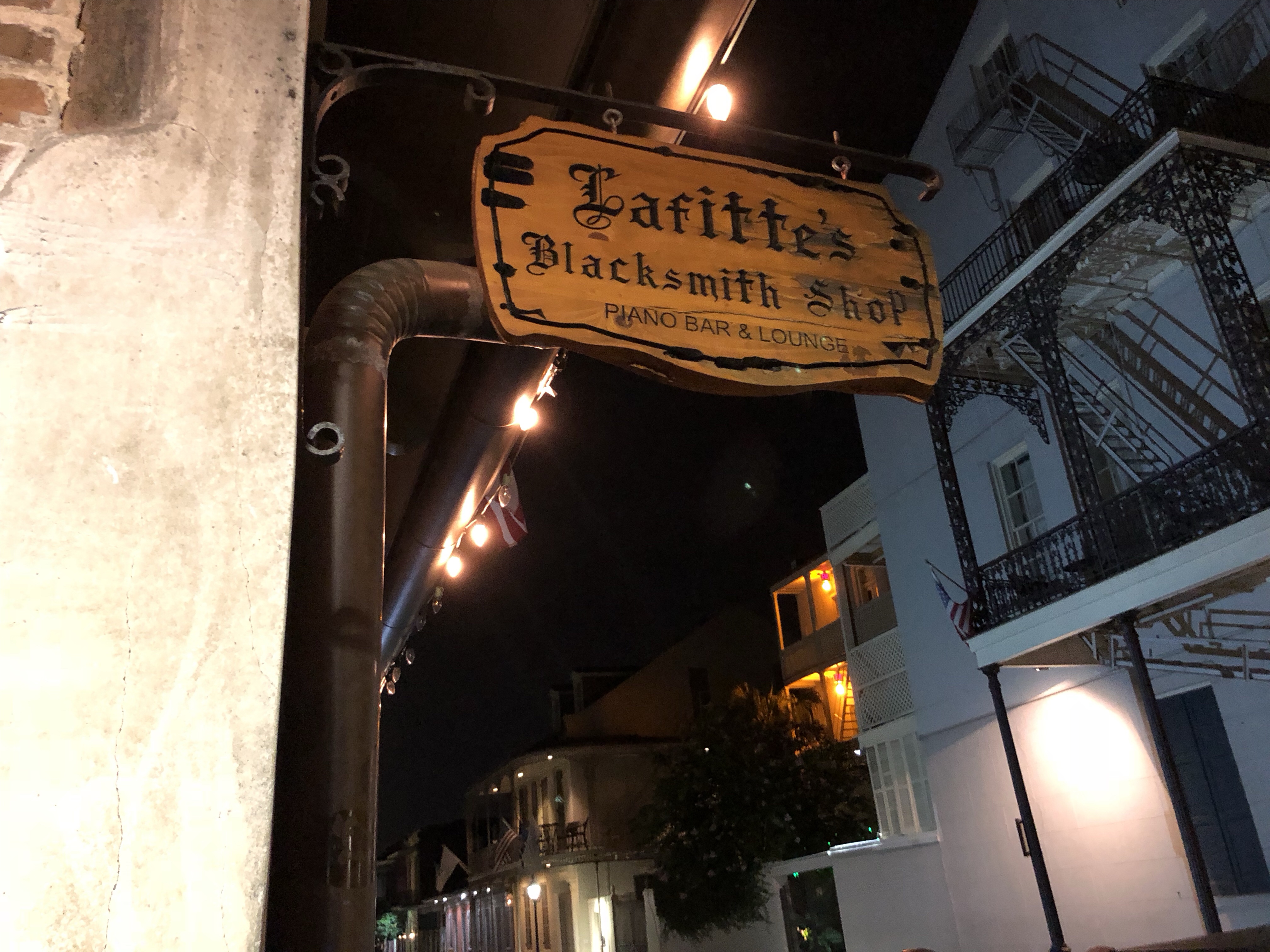 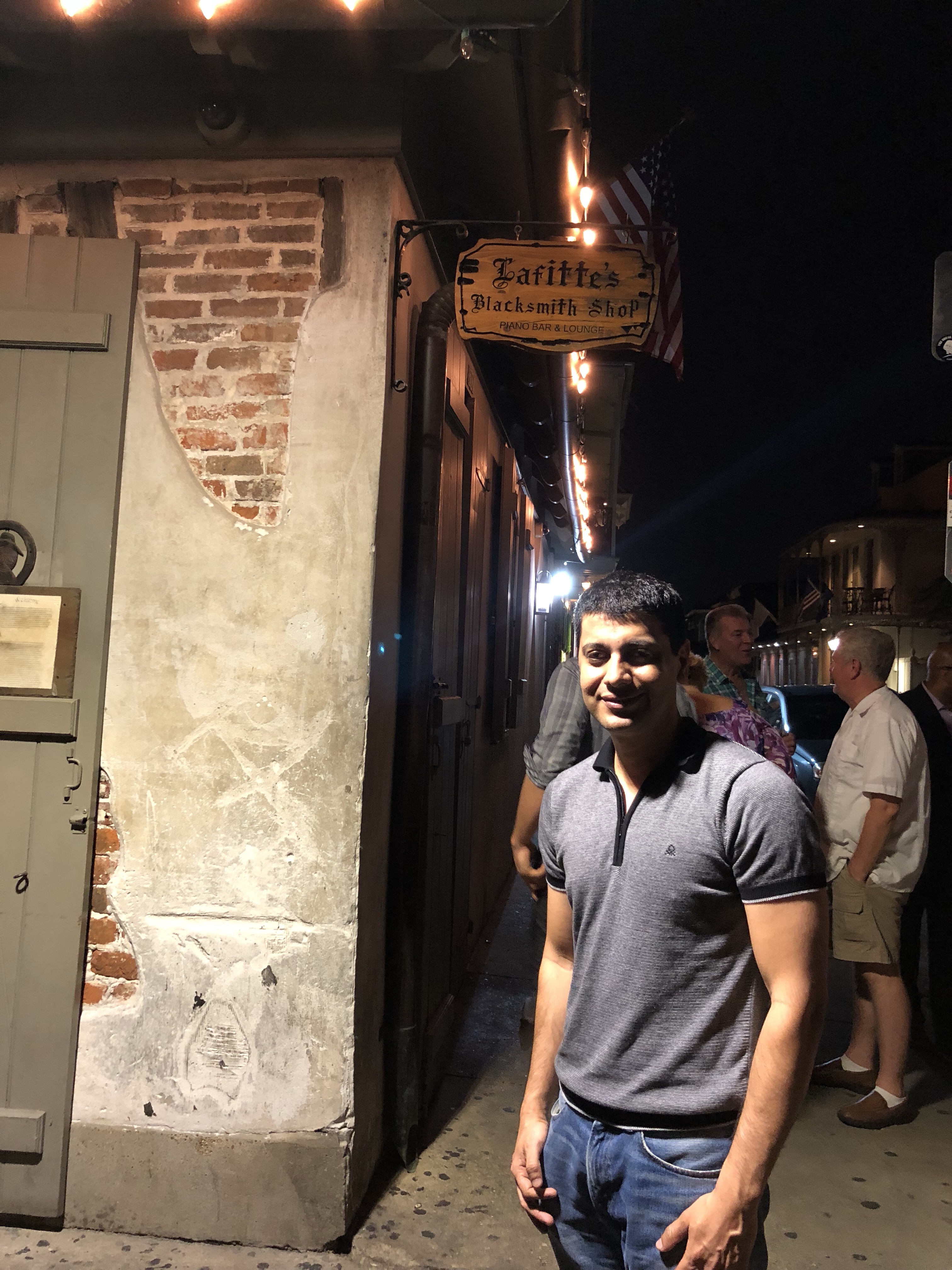 It was 1 in the morning and we decided to retire as our morning session was starting at 8 AM. Moment we planned to disperse one of my friends declare he was hungry and insisted to grab a bite before we could call it a night. We checked a couple of places, but besides liquor, there was nothing else they served past midnight. Frustrated all left except for three of us. I stayed along because my other two friends were drunk and I being the sober one felt the moral obligations to be their savior if the situation worsens.

Then my hungry friend did the most bizarre thing, he queried a local person on the street for help. My friend was slouched and usually, people do insane thing when not in their senses. The person he stopped appeared to be a street peddler. He called upon another friend of his and promised us to get us to a place where we would find food.

I was shit scared and I refused to go forward. I kept telling my friend to come back but he refused to listen. Knowing his state, I had no option but to accompany him.

Nothing untoward happened and he indeed took us to a place which served food at such ungodly hour. Out of courtesy, we asked the two of them to join us. The restaurant owner was alarmed to see them and insisted to look at our IDs before serving food. One of them didn’t have any form of identification and he was asked to leave. We had our dinner and as were walking back to our hotel the person magically appeared. This time he was asking for money. We sensed troubled, unsure of what harm they might bestow upon us. We asked him to walk us to the hotel first. They walked with us until the end and once we were in the known territory we ran inside. It was some experience and luckily we could escape without any trouble.

Next day I experienced the ghost. More in the next post

Unauthorized use and/or duplication of this material without express and written permission from this site’s author and/or owner is strictly prohibited. Excerpts and links may be used, provided that full and clear credit is given to Shantanu Baruah and ckonfab.com with appropriate and specific direction to the original content.

74 thoughts on “Adventure in New Orleans”