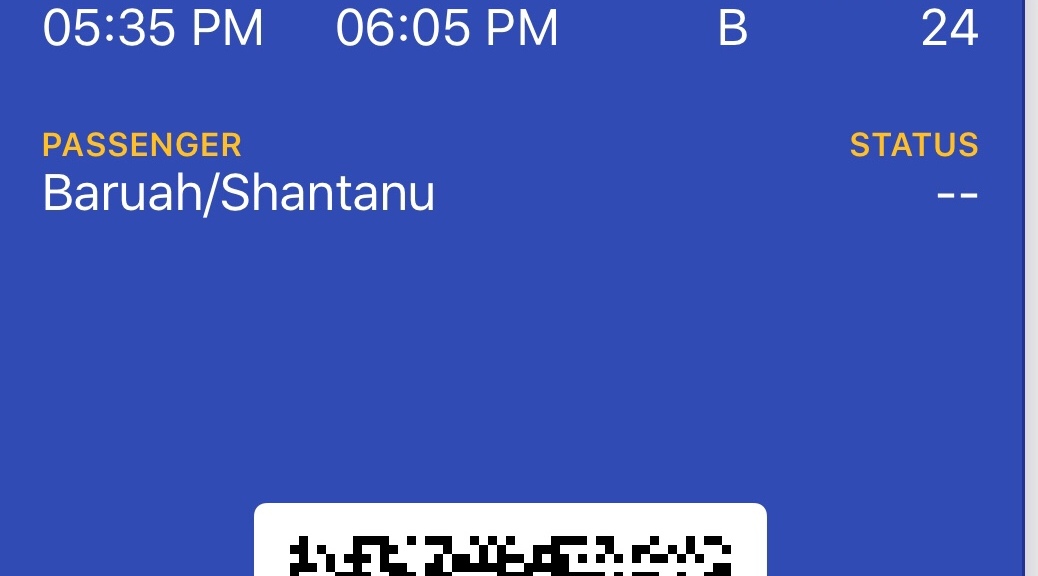 What was I thinking?

This week my travel started on Monday. I was in San Antonio until today. According to my original itinerary, I was going back home tonight only to travel tomorrow morning to Raleigh for a day trip. I should have gone to Raleigh directly from San Antonio, but for reasons unknown, I chose to spend the night at home(4 hours give or take). Now you know why I said what I said in my opening sentence.

Anyways, today morning I realize it was bad planning, especially when I am going on vacation this Saturday( Yay I am going to London for a week 😊😊). So, at the 11th hour, I called my travel desk to do some itinerary juggling. They were kind enough to deal with my request but here was the problem, I was booked in Southwest Airlines from San Antonio to Raleigh via Atlanta.

I am a United patronage and I hate to travel on any other airlines. The reason is simple, I have status with United and they take good care of me. But because of the last minute acrobats, there were no plausible United options available. With apprehension on my mind, I opted for the revised option.

Southwest Airlines(SW) however pleasantly surprised me. This was the first time I traveled SW, so to begin with I had no status. I came to the gate to find that the boarding happens in a very different way, not what I am used to. The ticket had a number (mine was B-24).

There were two lines with sections defined like 1-10, 11-20, 20-25 and a monitor in the front which had the Alphabet “A” displayed. Only the people with A on their ticket stood up and occupied their designated sections based on the number on their ticket. Once A was done B was displayed and my turn came. It was the simplest boarding process I ever witnessed. There was no seat number. You can grab any seat. I was fortunate to get an aisle seat. The entire process saved a lot of time as people were occupying seats as they entered.

The boarding was finished in record time and the flight left right on time. Very unheard of in today’s era. No wonder SW claims to be the best airlines from an on-time arrival standpoint.

I dozed off for some time and then opened my phone to check if there was internet available. The best highlight was when I found the internet was free for members. Of course, I was not a member so I had to pay. But compare this, I have over 1.5 million miles on United, I fly over 250k miles in a year. Even when I travel business class internet is never free.

My first experience with SW is splendid thus far. But I guess I will never leave United. And the reason can be best explained by the following lines

“I spent so much of dough on my girlfriend that I married her because of my money.”

We just landed in Atlanta. The same plane will go to Raleigh. I don’t want to jinx, but I am quite certain it will be on time again.

Thanks for reading. Until next time.

Unauthorized use and/or duplication of this material without express and written permission from this site’s author and/or owner is strictly prohibited. Excerpts and links may be used, provided that full and clear credit is given to Shantanu Baruah and ckonfab.com with appropriate and specific direction to the original content.